• The public and the private sectors, headed by SAG Chilean Agriculture and Livestock Service launched a campaign to prevent the entry of this virus and other diseases into Chilean territory.
• Preventive warnings will be placed in two points at Santiago’s international airport 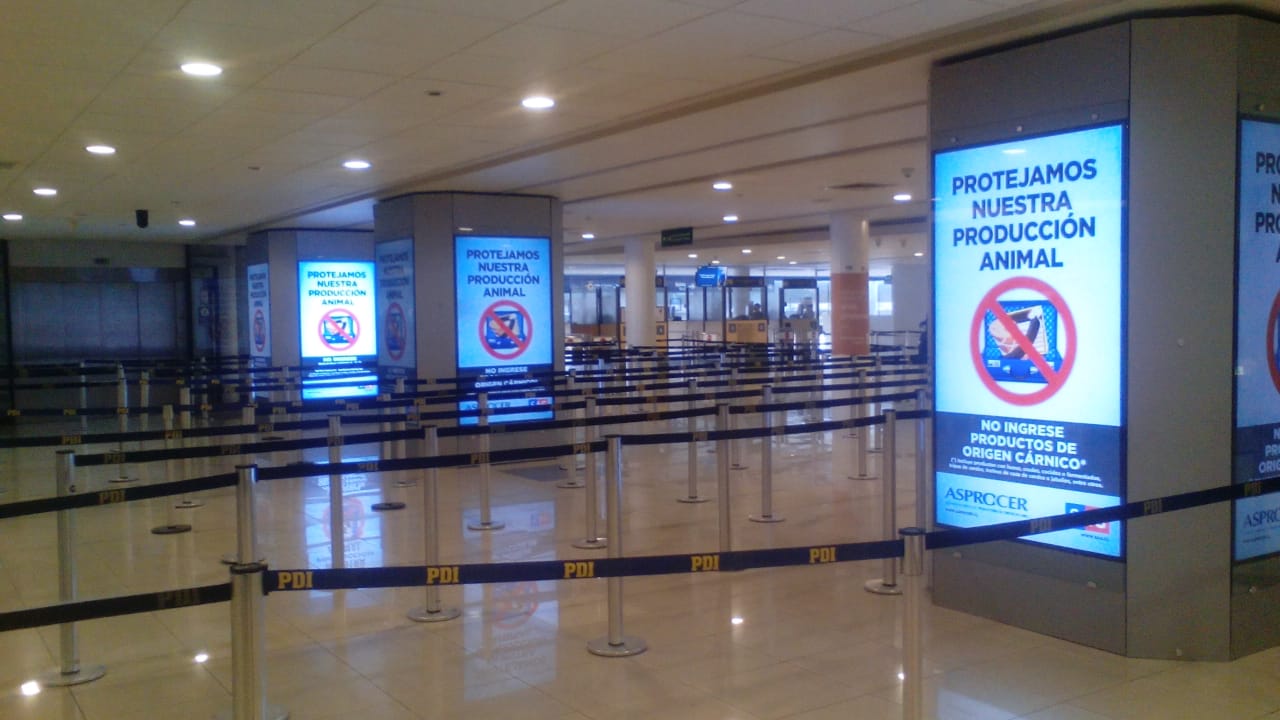 As part of the strategies that Chile is implementing to avoid animal diseases –such as African Swine Fever– the Association of Chilean Pork Producers (ASPROCER) and SAG launched a campaign to prevent the entry into Chile of meat products that could lead to contagion by this virus and other diseases.

“This undertaking by the public and the private sectors, seeks to protect Chile’s animal health and prevent several diseases that affect production and exports from reaching Chile. The latter amount to 60% of the national pork production market,” said Rodrigo Castañón, General Manager of ASPROCER.

The campaign, which began at midnight on Thursday, December 13, 2018 will end on March 13, 2019. It includes preventive warnings at two points at the Arturo Merino Benítez International Airport. The measure is intended to stop passengers from bringing in meat products from anywhere in the world.

This initiative also helped to review and improve contingency protocols, so as to address a possible outbreak of this kind of disease. Thus, effective strategies will be in place to protect domestic production. “The goal is to have at hand information that is more practical, manageable and concrete” added Castañón.

Work is being done directly with suppliers who provide inputs and with domestic producers. They are being given recommendations on how to implement precautionary measures. All efforts are focused on prevention and on protecting Chile’s animal health conditions.