Nearly 350 runners and more than 40 media outlets participated in the symbolic run for the Chile-China friendship in the Beijing Olympic Park, where Fernando González, a former Chilean tennis player, shared the stage with the biggest Chinese tennis idol, former number 2 of the world and winner of two grand slam, Li Na. The […] 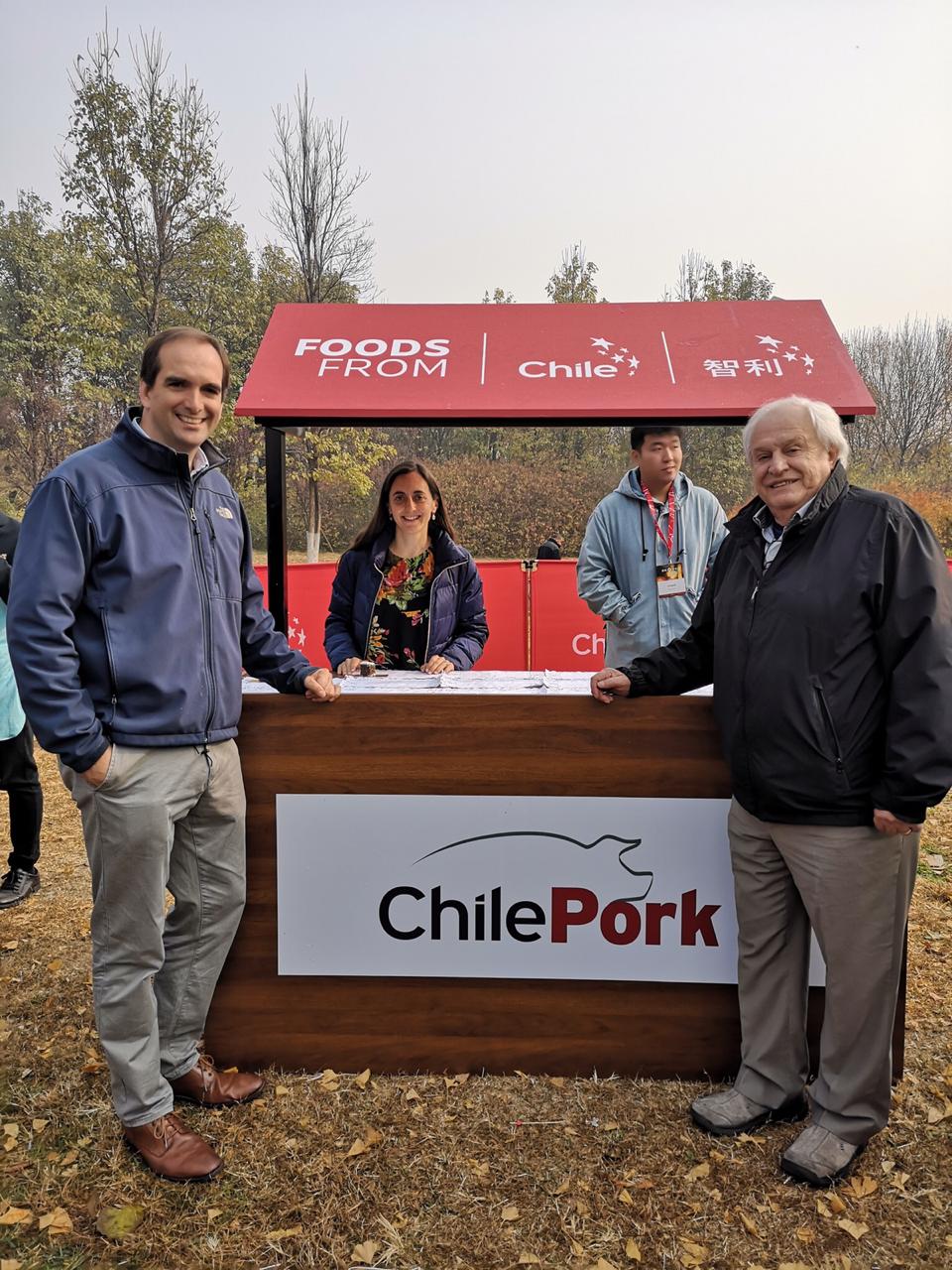 Nearly 350 runners and more than 40 media outlets participated in the symbolic run for the Chile-China friendship in the Beijing Olympic Park, where Fernando González, a former Chilean tennis player, shared the stage with the biggest Chinese tennis idol, former number 2 of the world and winner of two grand slam, Li Na. The activity, which marked the 10th anniversary of the Olympic Games, marked the end of Chile’s marketing actions in the Chinese capital within the framework of ChileWeek.

10 years after being the Chilean standard-bearer at the 2008 Olympic Games, and obtaining a silver medal in his discipline, González promoted our country among Chinese athletes, advocating for the consumption of Chilean food to an audience that is increasingly focused on healthier and better quality foods.

Given the anticipation generated by his visit, prior to his trip Imagen de Chile designated González as “Ambassador of the Chile Brand” in China. As he reflects not only the talent of our national sports but also the spirit of self-improvement and effort that characterizes Chileans.

At the end of the meeting, Foreign Minister Roberto Ampuero highlighted the realization of this activity, assuring the importance of not only bringing the two countries closer in commercial terms but also to their people through cultural exchange.

The director of ProChile, Jorge O’Ryan, added that instances like these “allow us to connect with consumers, get Chile closer to the people, and that adds value not only to the marketing of our products but also to our country in general”.

To which Juan Carlos Domínguez, President of ExpoCarnes in charge of the ChilePork brand, added: “For us, the relationship with China is key, since it is our main trade ally in the pork sector; for this reason, it is fundamental for us that in addition to knowing our products, they can get to know other areas that make us feel proud of our country, like sports “.

At the end of the race, competitors and attendees could taste national products focused on healthy eating, such as fresh fruit, nuts, salmon, spider crab, pork, milk, snacks, cheeses, wine, and mineral water.

The public enjoyed a cocktail in which they could learn more about Chilean food products at the stands of Wines of Chile, ChilePork, the Palta Hass committee, the Chilean brands Intakt (snack) and Surmilk (dairy).

Given this, Dominguez said: “This is another opportunity in which we can reinforce the quality of the Chilean pork, which was recently highlighted by its great nutritional value, according to a study by the Institute of Nutrition and Technology of the food of the University of Chile “.

With this activity, ChileWeek China closes its day in Beijing to move to Shanghai, where activities will be held until November 6, most of them in the framework of Chile’s participation in the most important importers fair in China, China International Import Expo, where the country will have two pavilions: one destined to promote chile’s image and the other focused specifically on our food offer.