ChileWeek 2018 | With important agreement closes block of activities in Beijing

The city of Beijing, China, was the center stage for the beginning of the first activities of the fourth ChileWeek China, a meeting that brought together key players to develop bilateral trade. In this context, the Minister of Foreign Affairs, Roberto Ampuero, arrived at the National Development and Reform Commission of China to sign a […] 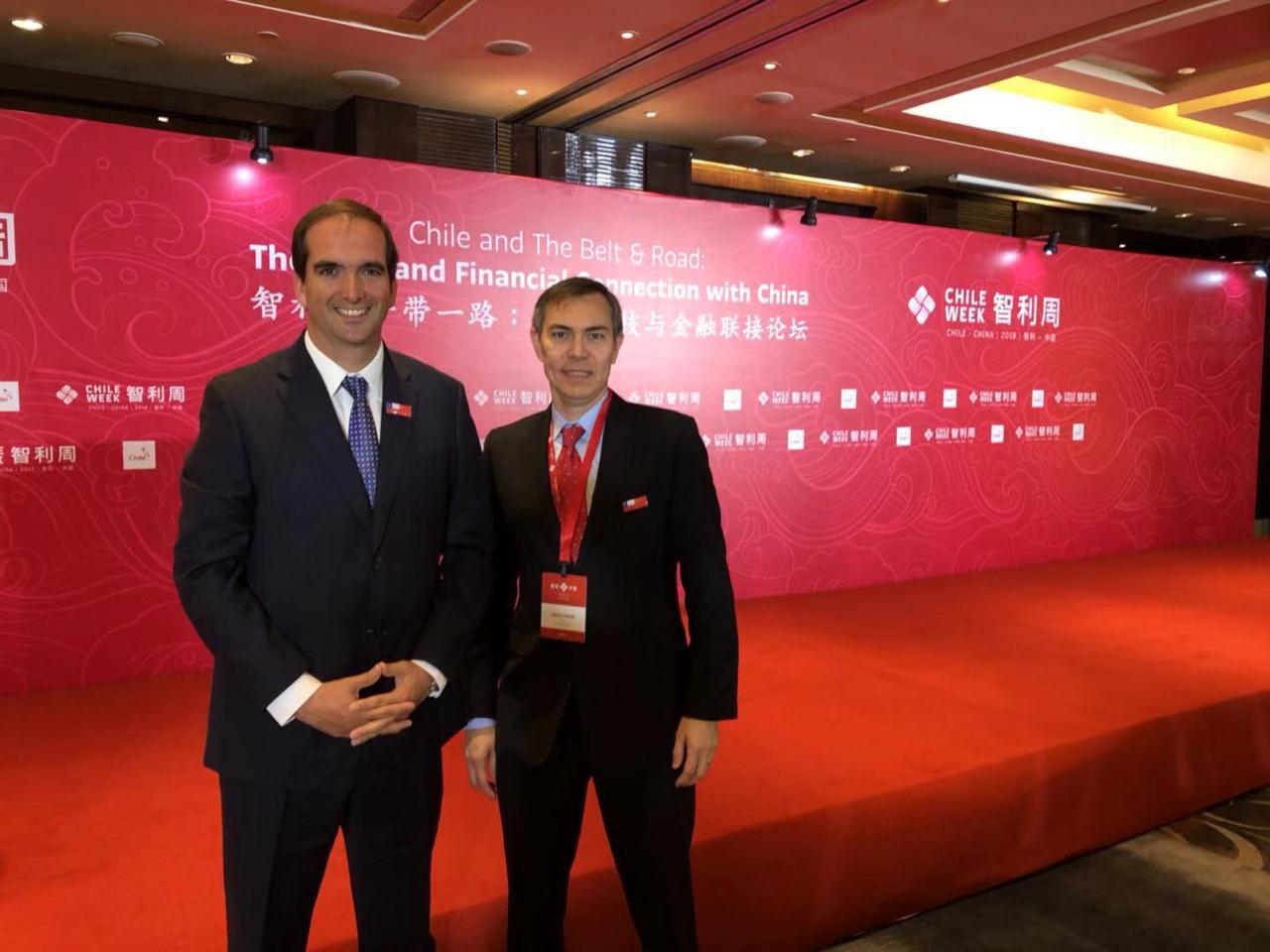 The city of Beijing, China, was the center stage for the beginning of the first activities of the fourth ChileWeek China, a meeting that brought together key players to develop bilateral trade.

In this context, the Minister of Foreign Affairs, Roberto Ampuero, arrived at the National Development and Reform Commission of China to sign a cooperation agreement between both countries in the framework of the Belt and Road initiative. On the part of China, the person in charge to subscribe to the agreement was the President of the national commission of development and reform, He Lifeng.

After signing this agreement, Foreign Minister Ampuero stated: “On instructions from President Sebastián Piñera, we signed the Memorandum of Understanding between Chile and China in the framework of the Belt and Road initiative. We are happy because this initiative will allow us to enter a new stage of collaboration between both countries. ”

Along with this, the minister added: “Fundamentally it will allow us to explore many ways to cooperate and develop infrastructure for our country. And that is what we need in Chile, we are a country that has modernized a lot, that needs investments and financing in infrastructure for roads, ports, bridges, railway, renovations, among other things “.

After formalizing this initiative, the third Meeting of the Mechanism of Dialogue of Coordination and Economic Cooperation Chile – China took place, the initiative that aims to review the collaboration, prioritizing areas, such as, energy, infrastructure, mining, and innovation.

The meeting was an opportunity to highlight different Chilean industries such as food, telecommunications, film, tourism, among others. The delegation of Chilean authorities visited the offices of the Chinese company Huawei to learn about the project that will connect digitally to southern regions of Chile.

During the afternoon the Chilean Deputy Secretary-General, Monica Zalaquett, held seminars to promote Chile as a tourist destination; ProChile talked about film cooperation between Chile and China; Wines of Chile held a master class to commemorate the 5 years of the association’s office in Asia.

To end the day, the dinner, traditional Foods from Chile, was held, a promotional event and, on this occasion, a bridge of contact between Chilean and Chinese culture. The evening began with the interpretation of the national anthems of both countries, sang by a children’s choir of Spanish learners at Dayu High School in Beijing, the Weiming trio performed some piano and violin pieces, and the Chinese singer Pu Jie finished with “Gracias a la Vida” by Violeta Parra.

The dinner was in charge of Chilean chef Francisco Araya, who has called Shanghai home for three and a half years and currently works at Napa restaurant. The evening menu included spider crab, salmon, avocado, kiwi, pork, Manjar, all paired with Chilean wines.

In the activity participated governmental authorities of Chile as the Minister of Foreign Affairs, Roberto Ampuero; The former President Eduardo Frei, ambassador in special mission for the Asia-Pacific; the Chilean Ministers of Agriculture, Antonio Walker, and minister of infrastructure, Juan Andrés Fontaine; the Deputy Secretary-General of Tourism, Mónica Zalaquett; the Director of ProChile, Jorge O’Ryan; the Director of InvestChile, Cristián Rodríguez; the mayor of the O’Higgins Region, Juan Manuel Masferrer; and the National Director of the Agricultural and Livestock Service (SAG), Horacio Bórquez.

Juan Carlos Domínguez, President of ExpoCarnes in charge of the sector brand ChilePork, stressed that: “This dinner was a clear demonstration of what the mix of both countries signifies, as the chef Francisco Araya was able to represent in an exquisite way how our Chilean products have the quality, flavor, and nutrition that Chinese consumers need to prepare their favorite dishes. ”

Juan Carlos Domínguez, President of ChilePork along with authorities of the Asian country.

Representatives from Chile’s private food sector visiting the Ministry of Agriculture of China.