The event helped strengthen the business relationship among importers, exporters, distributors, and customers of the food service company for the Japanese market. 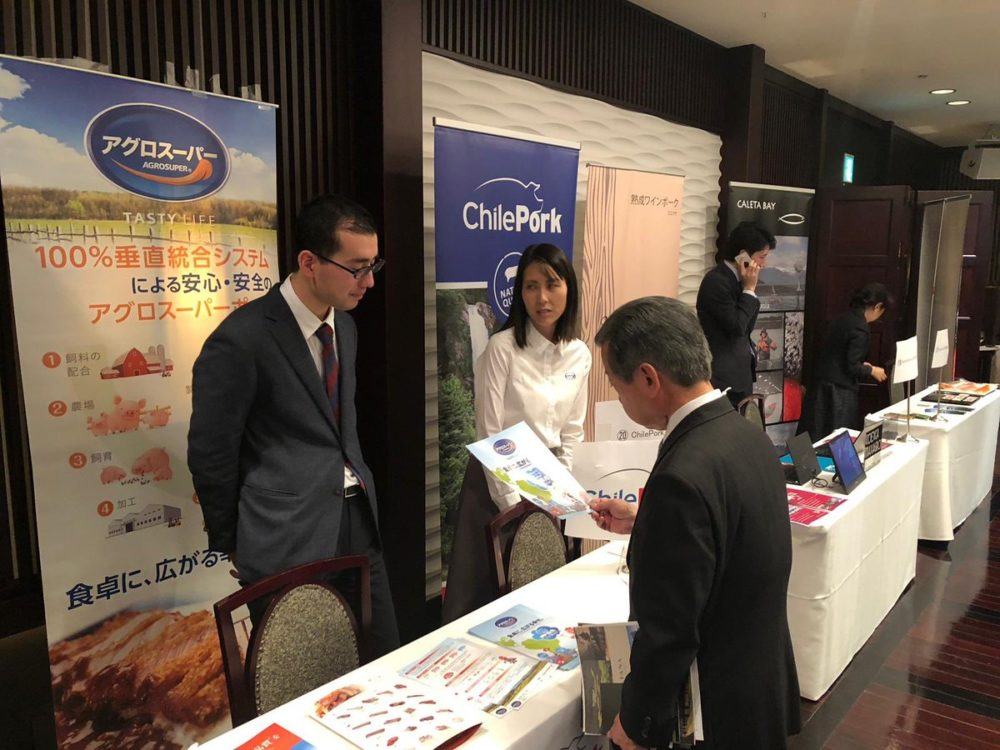 The Chile Food, Wine & Travel event was held in Japan. The main goal was to back the work of importers of Chilean products, search for new buyers, promote the exports products offered and make known to Japanese customers –mostly from the HORECA channel (Hotels , restaurants and catering)– how some important Chilean ingredients –e.g. pork meat, salmon, mussels and olive oil– can be used in Japanese cuisine.

The event was made possible through the sponsorship of ProChile, the sectoral brands ChilePork, Wines of Chile, Chile Olive Oil, the Inter-American Development Bank and local importers.

It was an excellent opportunity for ChilePork to exhibit its products. A tasting of various cuts of Chilean products was offered, including pork, which was the main feature. A masterclass for 150 people was conducted by Chef Ricardo González.

A masterclass on olive oil was offered to 50 guests. They learned more about companies such as Olivos del Sur, Olivos Ruta del Sol, Izaro and Pobeña.

The event ended with an exhibition of Chilean wines and food. Participants included 24 exporters, importers and distributors. They showed their products, offered opportunities for tasting and were able to make new business contacts. A group of about 240 people – interested in expanding their business portfolio– attended this event.